skip to main | skip to sidebar
'Our Space’ aims to build a complete picture of the school community: from past pupils, to delivery drivers, from governors to belly dancers! Images and measurements will be collected using a specially constructed photo booth, the ‘Our Space’ card or this website.

Sculptor Will Nash and photographer Anthony Carr, will then turn this information into new artworks, one of which will be installed in the school grounds in March.

Progress will be regularly updated here, and at Will's online sketchbook

Once a sited artwork is made it can look deceptively simple. But making a piece of public art in collaboration with others is a complicated, uneven, messy, unexpected and protracted process.
The best appears as if it was always there, because it makes sense of/with a space. And then – as importantly – the artwork develops a life of its own in the intersections between the reshaped place, the
people who take it over and their engagements with it through time. The seeds of a creative idea come from a multitude of places. For Our Space, Will Nash began to formulate and interconnect his list of thoughts. In the process the school community became simultaneously; the raw data – an accumulation of lengths and heights; participants in multiple associated activities; the audience for, and commentators on, the design process; and the inhabitants of the finished piece in it’s courtyard. This was not merely a consultation, this was a seedbed.

It is easy to assume that ideas just ‘grow’ into a solution. No, they have to be wrestled with, translated, adjusted, thrown away and then found again. This is a process artists and designers often keep to themselves. But Will and his colleagues not only generated a huge amount of data relationships and potential patterns, they also showed what they were doing at every stage – painstakingly imagining and representing variations on themes, opening up the work and letting it be nourished by others, as well as nourishing all those involved. For me, nourishment is all about creativity; creativity as “a process that recognises and accepts challenges, with a confidence borne out of skills, knowledge and reflection, that results in a transformative outcome.” Making the final selections of individual’s heights/lengths for the pavilion and juggling them into place to make a coherent whole, is not just an art, it is a craft. Concentrated, repetitive and thoughtful readjusting were required to generate a final piece that works functionally (for people to occupy together, to stand up in, to be protected from elements); that looks ‘right’ and is pleasurable to use; that could be assembled elsewhere, brought to site and constructed to budget; that can be integrated into the school curriculum (break-time, meetings, teaching, evening events) and procedures (health and safety, maintenance, security). All this takes time and effort – creativity is fun, but not necessarily easy. The dishes had to be properly aligned and given structural rigidity. The uprights had to hold the dishes firmly, but not intrude on sitting, or feel too cluttered. The gabion seat had to form a solid base for the structure and support plants. And all the dimensions had to fit the human bodies of everyone in the school community, both individually and as groups. This kind of growth is not a linear process but a complex geometric game. As we sit beneath the canopies we don’t need to know any of this history; we can engage with the structure as it stands, be part of its new life and future. Is this what makes good public art, something which brings coherence and resonance to a multitude of different variables, which quietly resolves the complicated and unexpected processes of its making and which does more than just get looked at? Our Space was itself an offshoot from previous projects, and has had many branches in its development. Now the pavilion is made and in use, it starts to generate many offshoots of its own. As the process goes on, it too can continue to be captured, discussed and give nourishment. Creativity is never finished.

Jos Boys
Senior Research Fellow, Learning Spaces
Centre for Excellence in Learning and Teaching,
University of Brighton
Posted by Will Nash at 17:44 1 comment:

This is your space say the artists. Make your own damn art I often say. But can you believe artists? Is art your space, a free space?"

Recently I received a publication from Tate Britain entitled ‘Alter Modernism’. Alter Modernism is an idea that culture has changed in the light of globalization, put forward by French curator Nicolas
Bourriaud. It has been greeted with opprobrium by some British intellectuals who have a lot invested in ‘things as they are’. Inside were some easy to read diagrams to help understand Alter Modernism.
The first was a triangle that symbolised Modernism, the second diagram was a star with many intersecting points drawn across its centre: Post Modernism. The last diagram was a series of overlapping circles spreading across the page: Alter Modernism. The Alter Modern diagram could have been the footprint of the Our Space Pavilion. It suggested that somehow the project was spreading. Once people start meeting and discussing life and experiences, perhaps they move on and share their ideas with others.

Increasingly the space in which human beings communicate has become less hierarchical. My Space, Facebook and ‘all the rest’, are as much a part of the public domain as the street. We feel and we are told that this is liberating and although there are questions about the ownership of information on the internet,
we understand that somehow the world has changed. A space for interaction and participation has been created. This new space is not a neutral space: from abusive blogs at the end of every online article, to the Facebook registration of African American voters in the recent elections in the US, people are populating the new possibilities that are on offer.

Workshops in the Pavilion 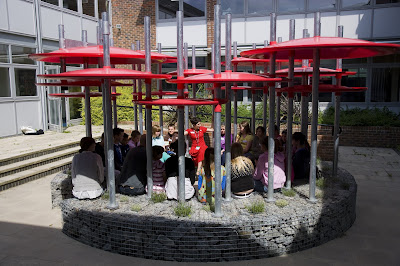 You are warmly invited to the official opening of the Our Space Pavilion. Please click on the invite for further details. 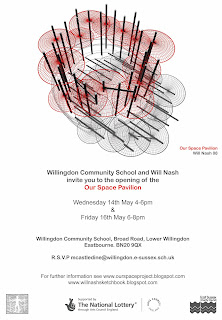 Posted by MCastledine at 19:00 No comments: 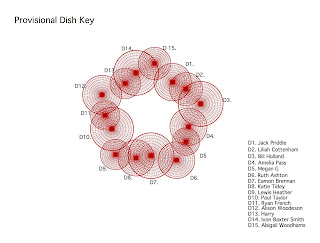 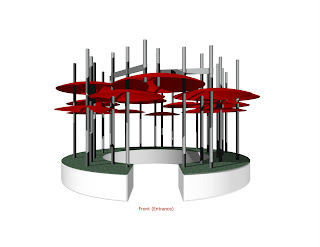 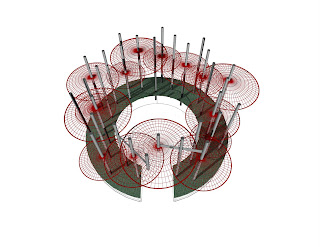 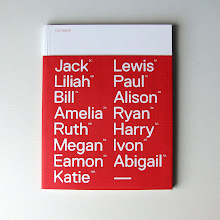 The Project so far...

“The idea behind the ‘Our Space’ project is of community. What do we mean when we talk about our community? Geography, people, place and common interests, but also more importantly, it refers to a common ‘all’ made up of individuals. ‘Our Space’ aims to involve ‘all’ of the school community in its process and to represent this community in the resulting artworks”
Will Nash, sculptor 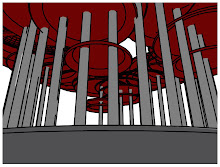 Other Places To Visit